We've been drawn to Swedish and Country French antiques lately...
the neutrals that are soothing and beautiful
the weathered, aged paint...
yeah, it's pretty much all good!

The paint on this piece was inspired by the antiques that
we'd love to have in our own home
This piece took much longer than I anticipated...
funny how that goes, isn't it? 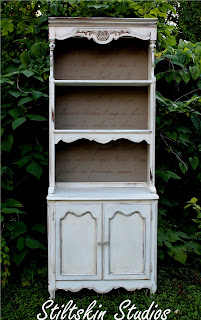 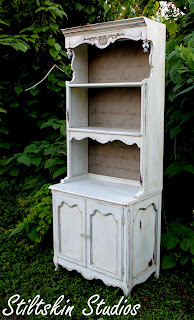 We opted for Pure White
from Annie Sloan
which contains no pigment
(cause, you know, it's WHITE...)
which meant three coats 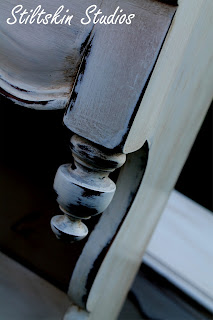 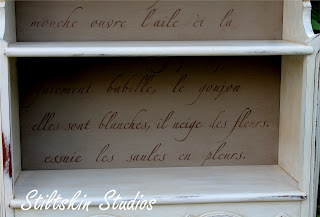 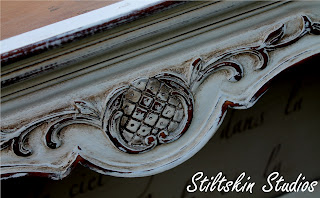 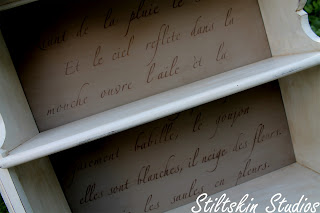 Then, we clear waxed the whole thing
before using two different colored waxes
for an old-world look 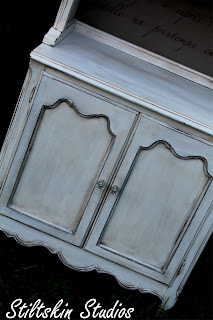 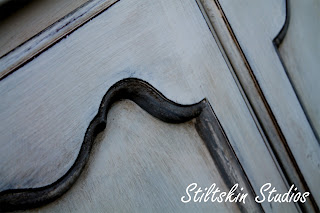 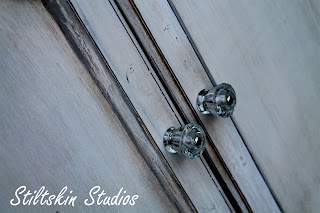 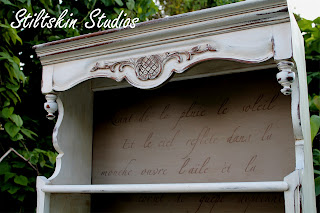 After waxing and distressing the entire piece,
we decided to stencil a gorgeous French poem
on the back-board...
I wanted white words on Paris Grey
I used a stencil cream I purchased at the craft store...
and it seemed to work great...
UNTIL....
I applied clear wax!
Bye Bye white stenciled poem!
Moral of the story?
Only use stencil creme from Royal Design Studio!
(which is also where the stencil came from)
Did I mention I also painted the words upside-down?
It normally would not have mattered,
however,
this board is attached not only on the perimeter,
but also along each shelf
so the holes from the nails didn't line up
AT ALL

SOOOO....
We clearly had to repaint! 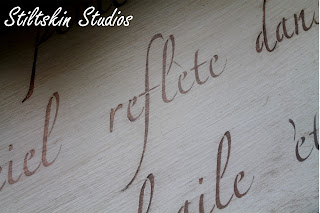 As you can see, it worked out wonderfully! 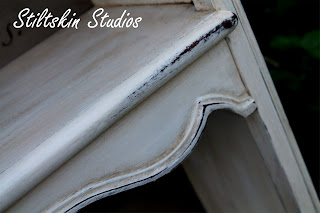 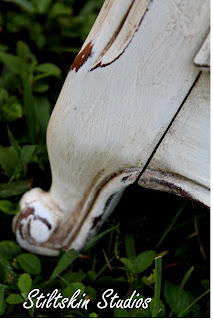 This is such an unusual piece...
we love the fact that it's not huge,
but still tall and offers lots of storage
not to mention visual impact!

This piece is available in our Etsy Shop
Posted by Stiltskin Studios at 5:34 PM